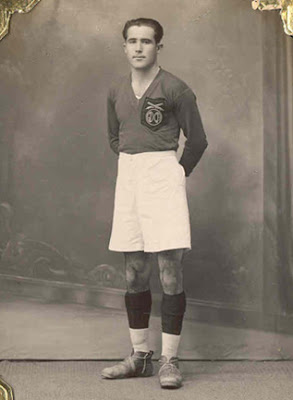 My maternal grandfather was stationed in Macau in the 1930's as an infantry soldier. The army duties weren't heavy since he was also one very good wing back at soccer and played for the Macau Army Football team.
The childhood memories I treasure the most are the quiet afternoons when he would tell me stories of Macau, of football matches and of the goals he scored, the Chinese ladies he dated, how he found impossible to eat with chopsticks and when he'd show me the scar on his leg, the imprint of a boot stud a Hong Kong player left on him during a ball dispute.
By Cláudia, neta de Francisco Lobato 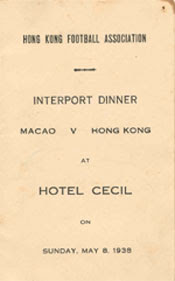