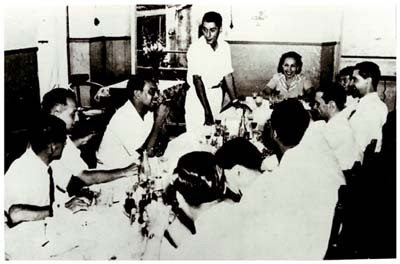 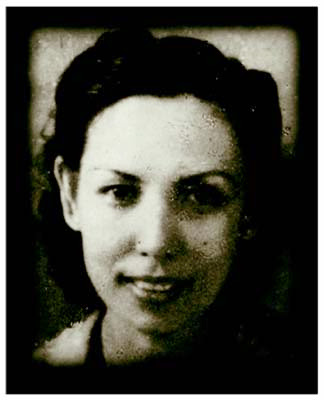 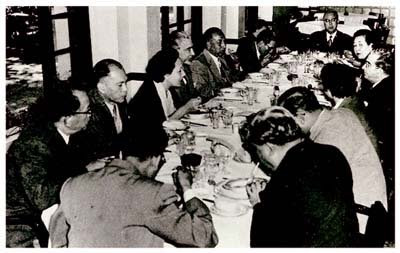 Introduction to Deolinda da Conceição
By Professor David Brookshaw Bristol University
Deolinda da Conceição was a woman both of her times and in advance of her times. Born in Macau in 1914, as a young woman she experienced the hardships and perils of the War of the Pacific: in 1941, she was caught up in the Japanese occupation of Hong Kong, where she was working as a teacher and translator, later went to Shanghai with her first husband, where she was interned in a concentration camp before being released and returning to Macau alone, by this time a divorcee with two young children. After the end of the war, she worked as a journalist on the territory’s main newspaper, Notícias de Macau, writing the women’s page, as well as literary and art reviews. But it was in the pages of the newspaper that she also wrote “crónicas” (chronicles), a popular genre widespread in the press of the Portuguese-speaking world given its focus on a moral theme or contemporary issue, illustrated by the narration of an incident drawn from everyday life. She also wrote longer fiction and essays. In 1948, she married her fellow journalist and long-time friend, António Conceição, by whom she had her third son in 1951. She was the lone female voice among a group of Macanese intellectuals which emerged after the austere war years and flourished during the 1950s. Macau at this time was still a small, provincial city, and its society highly conservative, and one can imagine that Deolinda, a divorced woman, and a writer into the bargain, would have stood out as a dangerously free spirit, much as she would have done, it must be said, if she had lived in Portugal during the same period.Her short stories, some of which had already appeared in the press, were published as a collection in Portugal in 1956, under the title Cheong-Sam, A Cabaia. As suggested by the title, the unifying theme that characterizes all the tales, is the position of women in China and Macau: educated Chinese women, often brought up in urban Western ways, struggling for respect and emancipation in the face of traditional patriarchy in a China that, rather in the manner of Pearl Buck, is often portrayed in quite abstract terms; women of the people struggling against the oppression of grinding poverty or the effects of war, both of which the author had witnessed at close quarters in mainland China and in Macau; and finally women who are often the victims, and sometimes the perpetrators of superstitious beliefs. There are also tales of love, often destined to a sad end because they seem to cross insurmountable social and economic or racial barriers, such as in the tragic story of a poor woman seduced by an educated man, who sees her as a concubine and not a wife, or the tale of a poverty-stricken girl’s love for a Portuguese soldier, who is recalled to his distant homeland, but not before he has made her pregnant. As a Macanese, and therefore a product herself of the long centuries of fusion, Deolinda had a special sympathy for themes relating to inter-racial love and its effects.Deolinda da Conceição’s stories are exemplary tales, which invite us to ponder on the pitfalls of material ambition, even if such aspirations are relatively modest, such as in a little girl’s desire for a pretty pair of shoes or a young woman’s desire for a jade ring, and to reflect on the determinants of pride and prejudice, such as in the shame felt by a young Eurasian boy at his Chinese mother’s behaviour, in a still stratified colonial society. Deolinda’s world is often a bleak one, characterized by the masculine pursuit of war, unremitting oppression and social inequalities. Only occasionally is there a glimmer of human solidarity, such as when a group of invading Japanese soldiers protect a new-born child, or a colonial policeman shows a group of destitute refugees to a bread queue, or a model, who has her career cut short by an accident, turns to adopting orphaned children. Altruism and a happier ending seem possible when her characters follow the path of resignation and abstinence, or when they somehow relinquish the role by which they are defined socially.We cannot tell how Deolinda would have chronicled the changes that took place in Macau and China over subsequent decades, for she died prematurely in 1957. But her stories, and the role she played in the rebirth of the Portuguese-language press after the War, make her a unique figure in the literatures of Macau, China and the Portuguese-speaking world.
David Brookshaw is Professor of Luso-Brazilian Studies at the Bristol University, England. He has published widely on the colonial and post-colonial literature of the Portuguese-speaking world, most recently a study entitled, Perceptions of China in Modern Portuguese Literature - Border Gates.
Publicada por João Botas à(s) 22:32