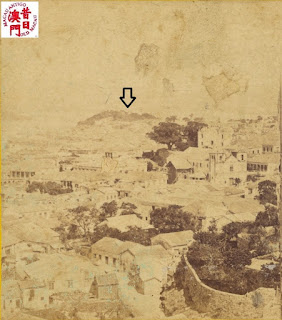 “Miller is becoming increasingly recognised as one of the key figures in early Chinese photography, even though almost nothing is known about him or his career. Although little of his landscape work has yet been identified. The genre portraits he took are celebrated for their often jarring intensity and also for the apparent empathy he felt for his Chinese sitters.” 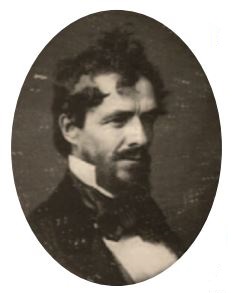 “Not much can be said about Milton M. Miller’s (1830-1899) professional life. Piecing together scattered records, we know that before starting his brief but productive career in China, he worked from 1856 to 1860 as a cameraman in Robert H. Vance’s San Francisco gallery. In 1859, Vance (1825-1876) formed a partnership with Charles Leander Weed (1824-1903), an adventurous photographer and entrepreneur who later opened galleries from Nevada and California to the Far East. When Weed moved to Hong Kong in 1859, Miller followed, serving as the ‘operating artist’ in the newly established Weed and Howard Photographic Gallery in both Hong Kong and Guangzhou (Canton). In 1861, Weed left for Shanghai and Japan to look for new venues; Miller took over the gallery’s ownership and established the firm of Miller & Co., Photographers.
It is unclear how long he maintained the Guangzhou operation but probably only one month: in August 1861, Miller announced that the branch would be open for business for only a month. During this period, he also suffered a burglary; the missing properties included 'the whole of the articles’ in the gallery and a box of negatives. It is likely that before and after that Guangzhou studio month, Miller operated mainly in Hong Kong, from where he travelled to Macao, Guangdong and other locations on commission. Miller terminated his Chinese venture in 1863 and returned to his hometown in Vermont, selling his business and negatives in Hong Kong to his former operator S. W. Halsey.
It seems that, once resettled in America, he reinvented himself as a real-estate investor and largely abandoned the career of a photographer; the 1870 u.s. census identifies him as a 40 years old ‘retired photographer... Miller is best known for his portraits of Chinese officials, businessmen and women. To many collectors and researchers, these are prized artistic images that not only demonstrate the photographer’s technical sophistication but also reveal the sitter’s inner character - a combination rarely seen in the early photography of China. Miller’s images have been praised as ‘the most significant body of nineteenth-century Chinese official portraits.”
in Chinese History of Photography
Publicada por João Botas à(s) 12:47