Memórias a tinta da china no Museu do Oriente 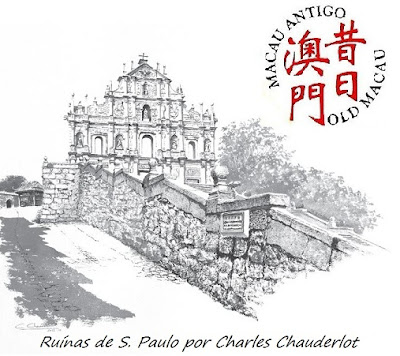 How a student of law and political science at university went on to become a manager at an insurance company and than a painter?
My family told me that a full carrier as painter was not the best life now days. And after to study with a Fine Art 's teacher I did not have more choice than to enter in the University. After the University I worked in a notary office, then in builder's Companies as law advise and at least in an Insurance company specialized in constructions' risk and risk manager in an important group. After a traffic accident I felt in coma and and quietly after, I decided to return to my first wish: to be an artist.
When dit you get to Macau? Why Macau?
Since 2005 I was living in Beijing.In 2005, during the exhibition of my Forbidden City's 61 ink paintings, organized in the Bank of China Tower in Hong Kong, I have been invited to stay in Macao during two weeks. I already begin to paint some works and meet important people. Then, I have been invited to paint during three months, from September 2005 till November in Macao and show my work in an exhibition sponsorized by Alliance France, the Macao Art Museum and Macao Foundation.
Capturing the Forbidden City was...
One of my strongest and fabulous experience in my life. My best memory in China.

What inspires you in Macau?
After these three months I decided to move from Beijing to Macao. Here I discover another China. A Chinese city full of temples and rituals and in the same time a strong reminiscence of the Historical Portuguese administration : churches, colonial architecture, but also food and way of life.
Do you only do ink (and brush) paintings?
I discovered and learned the use of the Chinese brushes when I was studying Chinese in Beijing University. I realized that it was very difficult to depict the light and colors in black and white. So, as a challenge, I decided to stop to paint with european brushes, oil painting and watercolors.
Is the world heritage patrimonium in Macau well preserved?
Some people try to preserve the World Heritage in Macau, but the new economy totally based on the casino business is not always the best environment for a good preservation... I prefer don't express exactly my tough.
There are a few painters known for his Macau's works such as George Chinnery, Fausto Sampaio, George Smirnoff, etc... Are they an inspiration for your work? Who do you like most?
George Chinnery spent many years in Macao and I realized that he sketched less than Auguste Borget during some months. The watercolors of George Smirnoff depict a sleeping Macao, with urban landscapes during the second World War today demolishe...I know their works. All painted or sketched their contemporary Macao urban landscape.
My approach is a little different, I try to paint the actual urban landscape of Macao but looking for the reminiscences of his Past, that is on the way to disappear with the contemporary modernisation of the city.
Auguste Borget is probably my favorite predecessor with his numerous life full sketches of the people eating, gambling, etc.... in the streets, as today. The clothes have changed but not the attitudes.
Your favourite spots in Macau are...
The Porto Interior from A'Ma to the Pier No.30, Rua Cinco de Outubro, the small lanes around the ruins of São Paulo and the Church of Mater Dei.
You only paint what you see? Or we can paint, for instance, based on a old photo from the 40's or 50's?
I paint always on the spot and not based on old photos. I like to fell the actual life around the buildings. I like to situate the old buildings in the actual moment and environment. Painting on the spot is also catching the shadows designed by the sun, that are different in the morning and in the afternoon . For this reason I need to return on the same spot several days to finish my ink paintings.
What kind of work are you doing now? Next exhibition?
Now I paint the last buildings built on the XIX and beginning of the XX century. The next exhibition is not yet exactly fixed in my schedule but the theme is already fixed and most of the paintings selected. 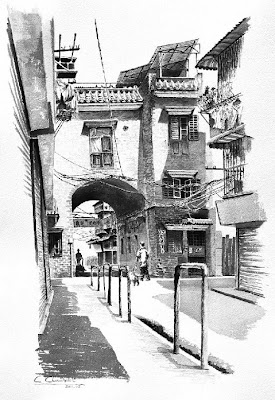 Born in Madrid (Spain) on 1952 from a French-Spanish Family with several generations of renowned sculptors, painters, architect, C. Chauderlot began to study paintings in Bordeaux (France) at the age of 11 with a Fine Art Academy teacher. But later, his family inscribed him to the University of Bordeaux (France). He is graduated in Law and Politics Sciences.

From 1987 to 1996 in France
During this period, C. Chauderlot held 10 solo exhibitions and participated in more 50 national and international shows, receiving many prizes and awards :
12 first prizes, the golden medal in the 38th International Art Fair of Beziers, a special nomination in the 81st « Salon d'Hiver » in Paris, the distinctive silver medal "Arts, Sciences et Lettres" , etc…On 1990, he made the decision to dedicate himself exclusively to his art, thus becoming a full time artist.


On 1996 he stay in China for the first time and, on 1997, he moved to Beijing. Here, he started to use the Chinese ink and brush technique to create black and white paintings, especially the "Leaving empty space" which leaves imagination to the audience.

Between October 2002 and November 2004, he was able to paint inside the restricted areas of the Forbidden City at the first and unique exceptional invitation of the Chinese authorities.

His special work painted in The Forbidden City has been published in France, China, and showed in HK China Bank tower on 2005 during an exhibition honored by the Cultural Committee of the "French exchange cultural year in China". Then, the entire collection has been showed in Malacca and Macao. From 1998 'till 2006 he had eight solo exhibitions in Beijing, Shanghai, Macao, and he participated twice at the Shanghai International Art fair and once in Hong Kong. In November 2005 - Six ink-paintings entered in the official collections of the Art Museum of Macao after a successful exhibition display in the Millennium Gallery, and C. Chauderlot moved to Macao in 2006. At the Beijing International Art Fair, on 2006, he received the award of "The ten best artists of China"

Since, he continues to paint in Macao. The authorities have organized a special two month exhibition, on 2011, at the Leal Senado Gallery and published an important catalogue.
He is invited also in Thailand, at the International Art Festival, and paint in South-East of Asia (Laos, Thailand, Malaysia, Indonesia). He had three exhibitions in Malaysia, two hosted by the National Art Museum of Malacca, and one in Penang. 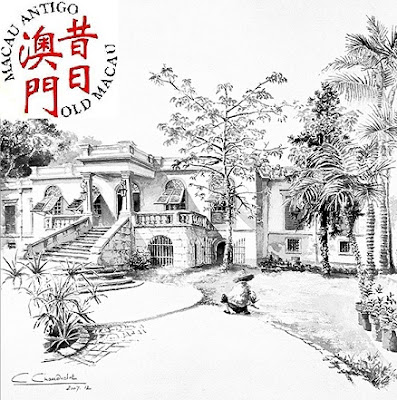