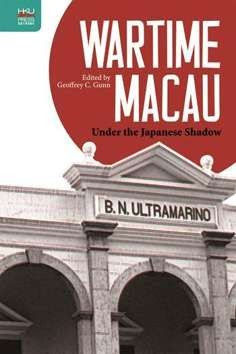 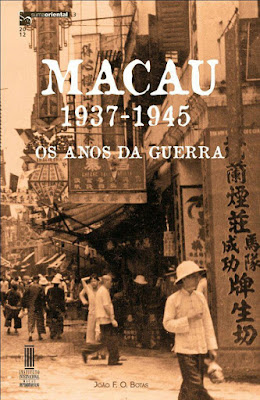 Excerto da "review/crítica" de Peter Gordon:(...) Whether by accident or design, Wartime Macau’s combination of the personal and political stimulates intellectually and emotionally.
The intellectual satisfying moment comes with Gunn’s discussion of how Macau fit into the geopolitics of the Second World War. It is too simple to say that Portugal was neutral, that therefore Macau was considered neutral territory and the Japanese respected it. Neutrality was not enough to spare East Timor, for example: Japan invaded to expel a small group of Australian, British and Dutch forces that had installed themselves there. Japan never left. Portuguese protestations had to stop short of a declaration of war because Macau would have been immediately occupied.
The Allies, meanwhile, were concerned about Portugal’s vulnerability and were angling for base rights on the Azores. Germany didn’t want Portugal to tip into outright Allied solidarity. António de Oliveira Salazar, the Portuguese leader, was working to preserve Portugal’s colonial possessions in the future post-War period. The resulting unstable equilibrium contributed to preserving Macau’s precarious autonomy: it was a close thing at times.
Similarly interesting, if less far-reaching, is the discussion of the role that Banco Nacional Ultramarino played in maintaining some semblance of financial stability at a time of multiple fluctuating currencies.
The hero of the book, if such a book can be said to have had one, is the Governor of the time, Gabriel Maurício Teixeira, who managed to keep the place going despite food shortages and a dramatic influx of refugees which more than doubled Macau’s population; Macau seems, at least by today’s standards, to have been remarkably generous. Teixeira also had to contend with the murder of the Japanese consul, the bombing of Macau by the Americans, and other incidents which could have brought an end to the enclave’s precarious autonomy. Other personalities also make their appearance: the British Consul John Pownall Reeves, Pedro José Lobo and, of course, Stanley Ho. (...)"
Publicada por João Botas à(s) 10:42