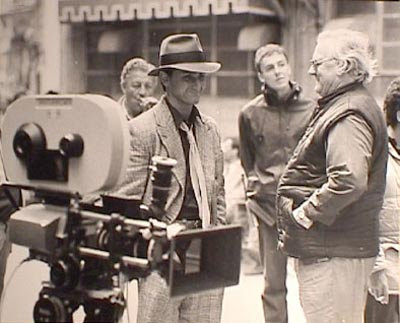 Sean Penn with director Jim Goddard on location in Macao for «Shanghai Surprise» (1986)
Oscar-winning actor Sean Penn was arrested for attempted murder before fleeing his jail cell and escaping to Hong Kong, it was reported yesterday.
The star dangled a photographer over a ninth-floor hotel balcony in Macau after catching him in his room in 1986 while he was filming Shanghai Surprise, according to The Sunday Morning Post in Hong Kong.
He was arrested and put in a cell with his personal assistant who helped him hold the photographer over the balcony - but the pair escaped and jumped on a jetfoil to Hong Kong.
The incident is revealed in interviews Penn gave author Richard Kelly for his biography, Sean Penn: His Life and Times, according to the newspaper.
Penn, then aged 25 - travelled to Macau with then wife Madonna, tailed by a massive media circus for the filming of the movie Shanghai Surprise, now widely seen as one of Hollywood's worst films.
Penn recalled how after walking into his hotel an intruder "lunged at him" and, helped by his personal assistant who was also his kickboxing coach, "grabbed the guy, ran him through the room to the balcony and hung him over - on the ninth floor".
It was then that Penn claims he realised the intruder was in fact a paparazzi photographer, one of scores tailing the couple because of the intense interest in pop queen Madonna and her new husband.
Police were called, according to the newspaper, and Penn said: "Five minutes later I'm in jail, on a stone floor next to my friend, and everyone's talking Portuguese."
However, Penn noticed the cell door was ajar and fled with his assistant before jumping on a jetfoil to escape Macau, then a Portuguese colony.
Penn was later given a pardon by the Portuguese Government, which ruled Macau until 1999, he said.
The incident took place a year after Madonna and Penn married in August 1985. They were to divorce four tumultuous years later.
His arrest in Macau was never reported, although the couple were widely reported to have had run-ins with photographers in London, Hong Kong and Macau while they were on location for the film.
Filming in Macau was abandoned with no explanation at the time although one report said the film's executive producer, ex-Beatle George Harrison, flew to Macau to try to defuse tensions between Penn and photographers.
Madonna complained afterwards that the press had been "unbelievably vicious and rude" during filming. 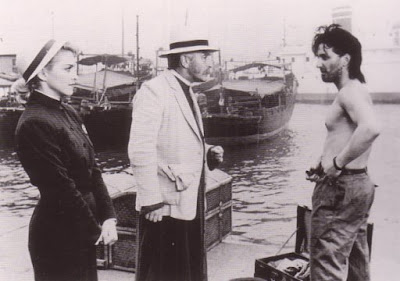 The material girl has been cast as a missionary, and her bad-boy husband, somewhat closer to type, plays a raffish hustler. But the real surprises in Shanghai Surprise have come off the set. Upon arriving in the Portuguese colony of Macao, Madonna, 27, and Sean Penn, 25, fled a welcoming crowd, only to be ambushed outside their hotel room by Hong Kong Standard Correspondent Leonel Borralho. A long scuffle with Penn and bodyguards ensued, after which Borralho sued for $1 million. Two days later, reporters on stakeout took off after the couple, and the resulting car chase created a huge traffic jam, with bystanders cheering Madonna on. The pair finally consented to a photo session, though Penn sacked his publicity agent for failing "to keep the press from us." They are scheduled to leave this week, and the case against Penn will be tried without him.
Publicada por João Botas à(s) 17:48