The "China Clipper" comes in for a water landing at Macau Harbor, Pan Am's end destination and turn-around point. Connecting flights on into China, which was primarily the city of Shanghai, were made via Pan Am's affiliate airline, China Airways.
War was already brewing in Asia as Japanese Imperial troops had begun to invade mainland China. In December, 1937, Japanese fighters attacked and sank the U.S.S. Panay, later claiming it was an accident. Within a few years it would be all out war and Pan Am Clippers were prized game for Imperial aircraft.
Martin M 130 China Clipper


The China Clipper was actually the third M-130 laid down by the Glenn L. Martin Aircraft Company (construction number 558), but it was the first M-130 delivered to Pan American. Although never formally “christened,” the ship was named “China Clipper” by Pan American chief Juan Trippe on October 9, 1935, with Charles Lindbergh at his side.
Martin's three "China Clipper" flying boats were the first true intercontinental airliners. They originated in a request made in 1931 by Pan American Airways for seagoing airliners to fly the Atlantic. In 1933 Martin and Sikorsky were selected to build six airliners for new North and South Atlantic routes. But the British government blocked Pan Am's use of intermediate bases in Newfoundland and Bermuda until a British competitor was ready - and there were none.
Pan Am decided to use the Sikorsky planes in its Latin American Division and the Martin ones to blaze a trail across the Pacific. In the Pacific, this meant lifting enough fuel to carry payloads of mail and passengers over the longest overwater air route in the world - the 2,410 miles from California to Hawaii. Beyond Honolulu way stations were developed at Midway, Wake, and Guam, with the terminus at Manila, 8,200 air miles from San Francisco.
The three Martin clippers were named for Pan Am's principal Pacific destinations: Hawaii, Philippines, and China. As it turned out, both the first mail and first passenger runs to Manila were made by Clipper NC-14716, "China" - thereby giving her name to the whole class of planes, as well as all the items, from oriental restaurants to postage stamps, that recall them. After another wrangle with the British, the China Clipper lived up to her name in April 1937 by making the first scheduled through-flight to Hong Kong. All three Martin clippers were eventually involved in fatal crashes.
O China Clipper prepara-se para uma 'aterragem' nas águas do Porto Exterior
(final década 1930) 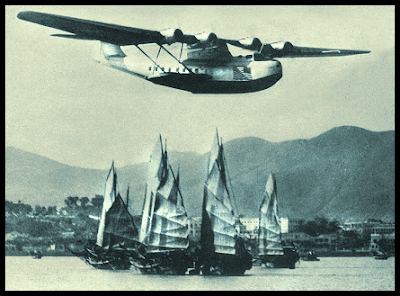 Para além de imortalizado em filme, o China Clipper também foi alvo de vários livros. Em 1991 surgiu o "China Clipper" editado pelo Naval Institute Press. "It traces the development of the commercial flying boat, from the ponderous craft of Glenn Curtiss and Igor Sikorsky and Claudius Dornier, to the magnificent Boeing B-314 and the Latecoere 600."  Acrescenta o autor "The age of the commercial ocean-going flying boats was brief, only sixteen years. But the great boats, like the steam locomotive and the airship and the fast clipper ships, were vehicles with charisma - and the power to capture our imaginations." 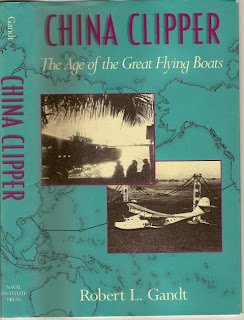 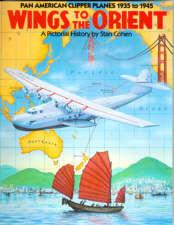 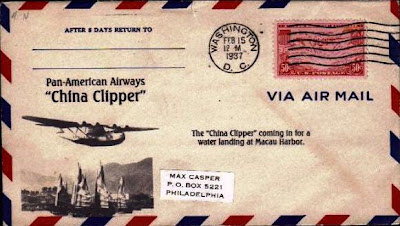 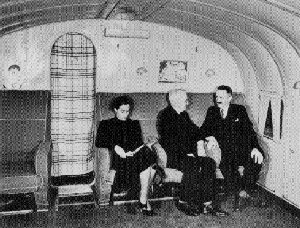 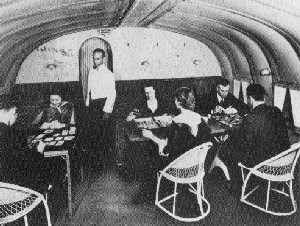 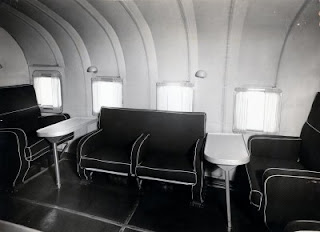