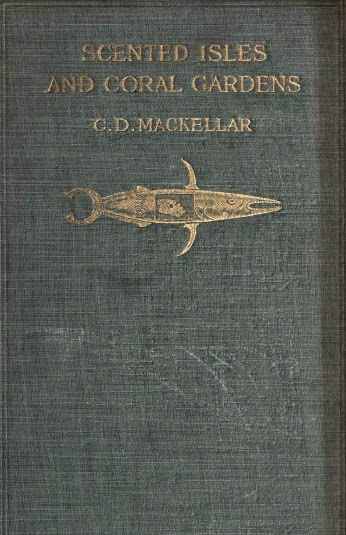 It is the thing to go from Hong-Kong to Macao, the Portuguese place, for week-ends; but I went on a Tuesday. I left my room and all my belongings in charge of my three Chinese boys. The steamboat took three hours to reach Macao, was clean and good, and Captain Clarke was most entertaining. There were two English ladies on board " an elderly one and a young and pretty one. In the dining-saloon hung cutlasses and loaded guns for the use of the passengers should the Chinese attempt anything, and Chinese sailors, armed with sword, pistol, and gun, stood on guard over the hatchways leading to the lower deck, where hundreds of Chinese were padlocked down " for some of these might be pirates. This has been the custom since an affair that occurred on this or one of the other boats.
It happened that on one occasion the Captain and passengers being at lunch, and only one seasick passenger left on deck, a crowd of Chinese pirates, disguised as passengers, rushed the deck, shot the sea-sick passenger ere he could give the alarm, and killed and wounded the Captain and others as they rushed up, then imprisoned the survivors and looted the ship. It was an arranged thing, and they had junks in waiting, so they escaped. Some were afterwards caught and beheaded and some imprisoned.
Captain Clarke kept a sharp look-out on all junks which came near us.
The harbour of Macao looked very pretty as we entered it " the sweep of it is supposed to resemble a miniature Bay of Naples. As a harbour it is now no use, as it is silting up. Macao is a small, rocky peninsula connected by a sandy causeway with the Island of Heung Shan, and is on the west shore of the entrance of the estuary of the Chu-kiang or Pearl River, which again is joined farther north by the Si-kiang or West River, which rises in Yunnan, flows east for 600 miles through Kwangsi province, and at Wuchan Fu enters Kwantung, and then after 200 miles forms the Chu-kiang. Now you know all about it, and that " Kiang " means " river," so, like me, you can speak a little Chinese. Portuguese traders founded Macao in 1557; the Dutch under Admiral Rezersy van Derzton attacked it in 1622, but were repulsed. The Portuguese paid the Chinese an annual rent of 500 taels up to 1848, but in that year Governor Ferreira Amaral refused any longer to continue the payment, and drove the Chinese authorities out of the place; and in 1887 it was finally and fully ceded to Portugal. After the foundation of Hong-Kong in 1841 trade decreased. At present it seems half moribund; there is no life in the streets, and it has a distinct air of having seen better days. The Boa Vista Hotel is quite a good building and has prettily laid out terraces descending to the sea. Captain Clarke, of the boat I came over in, owns and runs it, and he and his wife seem to manage well " though in truth it seemed really to be managed by Chinese " boys." My bedroom window had a pleasant outlook over the town and harbour.
I referred to two English ladies who came over in the same boat. They were the guests in Macao of an English naval officer, who had with him a junior officer, and they greeted the ladies on arrival. Jinrickshas from the hotel were in waiting, and I, entering one, was hauled to the hotel with these other people. Chinese waiters received us, we all registered our names at the same time, and we and our baggage were carted upstairs together. Arrived on the landing, the Chinese boy turned to me and said" " Which lady belong you, sir? " " Neither! " I gasped. " What! That man he got two ladies! " I fled into my room, the ladies into theirs, and I heard stifled peals of laughter from the ladies' room, and had a suspicion that the old one was putting a pillow on the head of the younger!