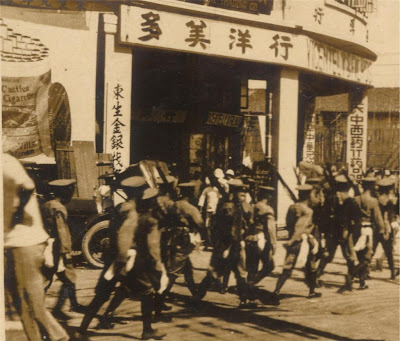 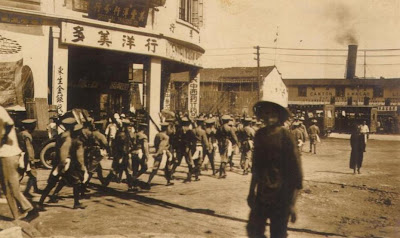 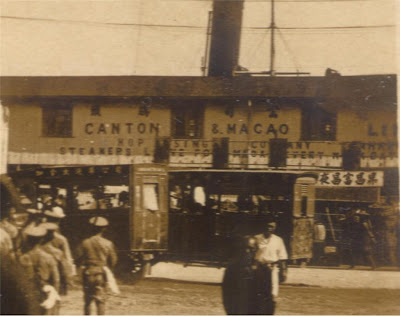 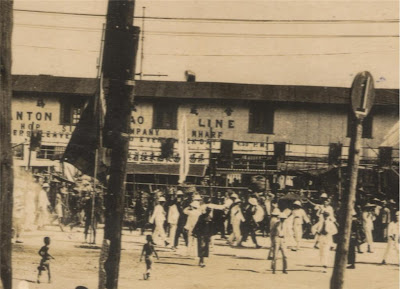 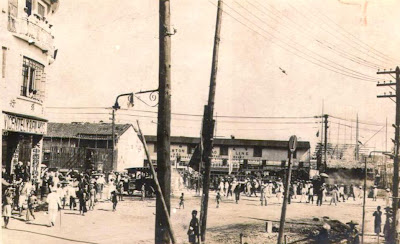 Era neste cais que se fazia a ligação marítima a Macau através dos barcos a vapor.
"The principal sights of Canton, the largest city of South China, may be visited in a day. Leaving Hong Kong in the evening by one of the steamers of the Hong Kong, Canton & Macao Steamboat Co. Ltd, we arrive at the Canton Wharf about 1 o'clock next morning. It is recommended to engage a guide here at once, as without one, it is impossible to find one's way in the Chinese city. If one intends to remain for a day only, it will be the best to arrange, beforehand, with the Manager of the Victoria Hotel, for tiffin (light lunch) to be sent to the Five Storey Pagoda. The most important temples of Canton are: the Temple of the 500 Genii, the Kun Yam Temple, the Chun-Ka-Chie Temple (Ancestral Temple of the Chun Family), the Temple of the 5 Genii, all of which are well worthy of a visit, as well as the Flowery Pagoda. The Five Storey Pagoda, in the vicinity of the latter, is the large North Gate of the ancient Canton city wall. All these places are generally visited before tiffin, which latter, should be ready at the Five Storey Pagoda as mentioned above. In the afternoon, the rice-paper picture painters, kingfisher-feather workers, old embroidery dealers and lacquer ware shops should be visited, followed by the Tung Shing ivory & sandal wood workers and lastly the Nam Hoi Prison. On the way through the city, the long signboards of the shops and the Chinese engaged openly in their work inside are very interesting. Seen from the steamer on leaving Canton, the beautiful French Cathedral in the middle of the populous Chinese city affords a peculiar view. The fee for a guide is 1 Dollar for half-a-day and 2 Dollars for a whole day for one person. For several persons, the usual charge is 1 Dollar per person. Chair hire is 50 Cents per coolie, and it is customary to provide a chair for the guide at the same time. The small expenses connected with viewing the temples, pagodas etc. should not exceed 2 Dollars. The Victoria Hotel is recommended. The steamers leave Canton generally between 5 and 6 p.m., arriving at Hong Kong about midnight."
Excerto de um guia turístico do início do século XX sobre a cidade de Cantão.
Publicada por João Botas à(s) 17:10