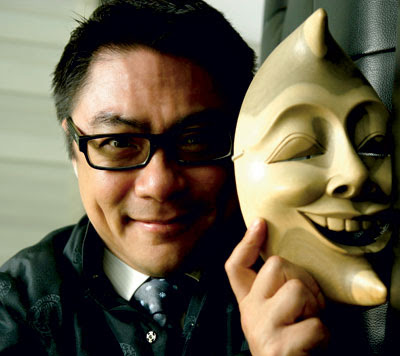 A lawyer by profession, Miguel de Senna Fernandes is also a playwright, director and linguist dedicated to preserving the Macanese culture. As a founding member of the amateur theatre group Dóci Papiaçám di Macau, literally ‘sweet talk’, Senna Fernandes has written a number of plays in Patuá since the group’s stage debut in 1993. Every year the group’s comedy is a highlight of the Macau Arts Festival, which is set to again dazzle audiences with its 20th staging this May.
“Patuá is a Creole language that fuses Portuguese with Chinese, Malay and other languages,” Senna Fernandes explains. “It was once stigmatised as bad Portuguese. People weren’t allowed to speak it publicly.” Today, among the 20,000 Macanese-born Portuguese in Macau and overseas, only a handful are able to communicate in this highly endangered language. “Before putting pen to paper, I had to learn my ‘mother tongue’. Patuá is a very funny language, phonetically and syntactically. it’s absolutely a language for comedy. That explains why our plays are all light-hearted, topical and, above all, humorous.”
Traditionally, only Macanese would take part in the plays, but since 2000, a chinese character has been added. “Our plays have to reflect all walks of life in Macau. it’s very narrow-minded if we exclude the role of chinese in the play. The Filipino community in Macau is growing. This year, we have an additional Filipino role to show their importance in our society.”
But how do the actors and actresses master this at-risk language so quickly during rehearsals? “Maybe it’s because we are Macanese,” says Senna Fernandes. “We’re of mixed Portuguese and chinese blood blended with strains of everything from Malay to indian. Perhaps our hybrid nature helps us grasp the essence of this hybrid language.”
Excerto de um artigo da revista da Air Macau em 2009 Texto de Chung Wah Chow e fotografia de Gary Mak
Publicada por João Botas à(s) 17:08