The Rise and Fall of Macau Theaters 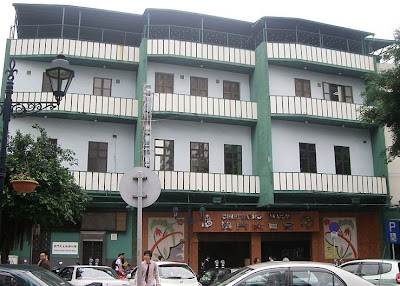 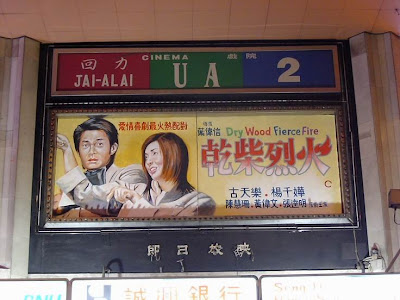 at the Casino Jai Alai 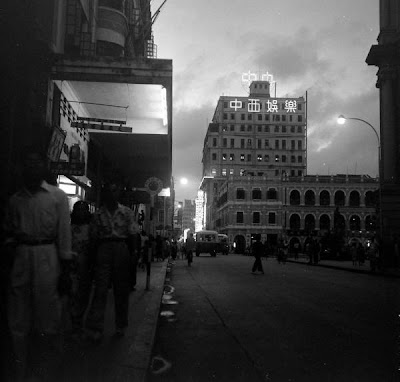 cinema in 1949 at Leal Senado square 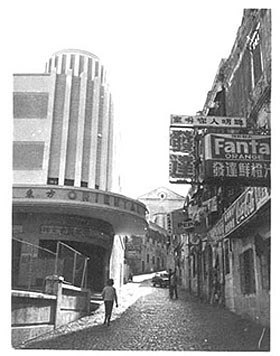 the old Oriental theater at Calçada do Tronco Velho in the 60's... no longer exists... the new buildibng it's called Oriental

The first cinema in Macau was known as Victoria Theater, which was located in the area called "Calçada do Tronco Velho".


There were up to 16 theaters at the peak of the Macau cinema industry during the 50s and 60s. At the beginning of the 20th century, the popular ones were Victoria Theater and Cheng Peng Theater. In the 30s and 40s when the Second World War broke out in Europe and Asia, Macau, being a colony of Portugal, was a neutral territory. A huge number of refugees fled to Macau from Hong Kong and Guangdong and entertainment businesses during that time became more prosperous than before. New cinemas like Capital Theater, Nan King Theater, Hoi Kiang Theater, Apollo Theater and Sankio Theater appeared.
After the war the Macau cinema industry continued to grow due to the recovery from the war and the rise of the population in the 50s and 60s. A large influx of immigrants from mainland China contributed to the increase of population from 170,000 to 270,000 in the years of 1960 to 1965. The prosperity offered opportunities to new cinemas such as Alegria Theater, Imperio Theater, Cidade de Ouro Theater, Oriental Theater, Lai Seng Theater, Taipa Theater and Nam Van Theater. Most of them were already equipped with luxurious facilities such as air-conditioning. Moreover, theaters were also venues in which many other social activities like banquets and dancing performances took place. Between the 70s and mid-80s, the cinema business went downhill. The advent of television allowed audiences to watch movies and entertainment programs at home or anywhere else outside of the cinemas. Moreover, the decline of the Macau cinema business was accelerated by the declining popularity of Cantonese films, the decreased production of Hollywood films and the rapid prosperity of real estate businesses. Many theaters were closed down and converted to buildings for commercial and residential uses.
In the late 80s, the cinema business witnessed another booming time due largely to the rise of the local economy and the success of Hong Kong movie production. The first mini theater, Pak Vai, was set up and many others followed such as Fei Chui Theater, Men Chu Theater and Lai Jing Theater. Ten theaters in total were operating at the time. In the 90s the rental service of videotapes and the demand for land caused many theaters to close down. Thus, the cinema business became focused on the development of mini theaters in order to minimize the cost and offset the expenses of maintaining facilities and air-conditioning in the face of low audience rate. Many mini theaters were set up such as Capital Theater after its renovation, Theater of Macau with its 2nd and 3rd showrooms, Pak Lok Mun Theater and Lai Va Theater.
Unfortunately, the cinema industry went downhill again in the same period of time due to the advent of karaokes, and other entertainments like TV and computer games, the use of the Internet and pirated discs, which caused people to move away from cinemas to the newly invented forms of entertainment. Today, there are only three cinemas left which are Theater of Macau, Alegria Theater and Macau Tower Theater. Literally, the history of cinema business in Macau has witnessed several ups and downs and experienced many difficulties and extreme challenges. 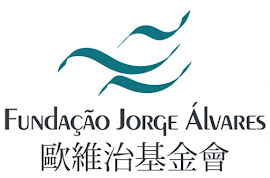