Large populous and wealthy city seated upon a fine river 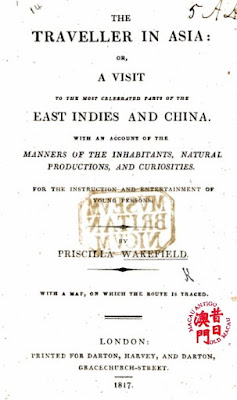 (...) We stopped at the Portuguese settlement Macao situated at the southern point of an island separated only by rivers from the main land stay here was short so that I had but little for remark.
The most curious thing I was a wall built of very large oyster shells many of these are divided into thin laminae when polished are used instead of glass for both here and in the southern parts of the empire. This place was formerly a commercial station great importance as appears from the many noble buildings both public and private some of them much out of repair though now its consequence is diminished.
My friend at Ummerapoora had taken the precaution of furnishing me with a letter of recommendation to the viceroy of Canton whither I proceeded. It is a large populous and wealthy city seated upon a fine river and is the grand emporium of European trade. It consists of three towns divided by high walls each containing besides private houses temples palaces and courts.


The European factories extend along the banks of the river each distinguished by the flag of the nation to which it belongs. In front of the British factory is a very elegant verandah raised on pillars and flagged with marble commanding a prospect of great extent and variety.
Being an Englishman I was invited to dine at the Company's table in the long room where amidst a profusion of dainties. I was regaled with swallows nests and fins of sharks stewed into the richest soups. In the part of the town inhabited by Europeans are few buildings except shops amply furnished with the various articles in which the owners deal such as silks porcelain lacquered ware and tea. It is astonishing to see with what readiness the Chinese who are ignorant of our mode of calculation reckon up the amount of the articles they sell by the assistance of a machine called a swan pan in which balls are strung upon wires in different columns representing units tens hundreds thousands &c in decimal progression. They count every thing by tens. An ounce of silver is divided into ten chen the chen is again divided into ten fen and the fen into ten lee which greatly facilitates their intercourse with each other .
Tea like beer in England is sold in public houses. In these a single cup may be purchased for a very small coin the thousandth part of a leang nor is it unusual for a burdened and weary traveller to lay down his load refresh himself with a cup of warm tea and then pursue his journey. (...) 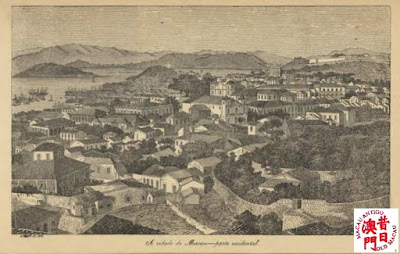