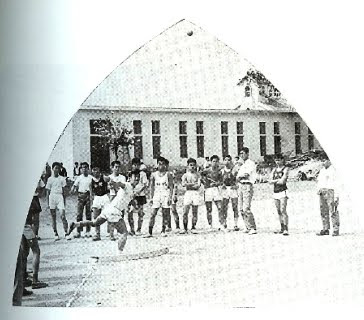 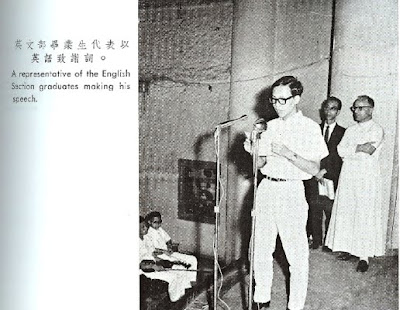 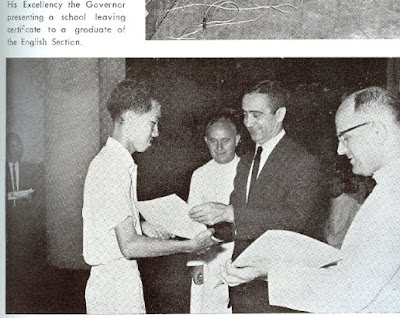 Yuet Wah was founded in 1925 in Guangzhou by Ms. Li Fong Kei and Ms. Tam I Man. It was moved to Macau due to political unstability In 1928. In 1933, Macao government granted land for expansion of the school. Yuet Wah College was then named as "Yuet Wah College (Macao)" and was officially registered at the Guangzhou education bureau.
The financial situation of the school became very difficult with the outbreak of the Pacitic War in 1942. Principle Liu then discussed with Fr. Chan Kei Chi and handed over the School to Salesinas of Don Bosco in the same year. In June of that year, the 1st batch of Senior Secondary students graduated. Yuet Wah College is now the school with the longest history in Macao. Later the Salesians of Don Bosco bought the site of old "Ching Yun Primary School" and built "Yuet Wah Branch School".
In 1944, "Pui Ching Girls' Middle School" was found unregistered at the Guangzhou Education Bureau; with the consent of the school, its name was changed to "Yuet Wah College (Girls' School). In 1948, the English Section was established. Starting from 1954, our students participated in University of London General Certificate of Education examinations. In the 60s and 70s, the Grand Stand and two 3- storey buildings were built. In 1971, Yuet Wah Alumni Association was established.
In 1973, Yuet Wah College (Girls' School) was separated from Yuet Wah College and changed its name to "Sacred Heart Chinese Girls' School", which is the present Sacred Heart Canossian College (Chinese Section). In 1974, school library and laboratory were augmented. In the same year our school was officially appointed to be the examination center of Exdecel London Examination (GCE) in Macao.
Starting from 1981, school provideed both science and commerce subjects for students of Chinese section. They could choose to study either Science stream or Commerce stream. Besides air-conditioned classrooms, Audio-Visual Room and Computer Room were also set up. In 1988 Teachers and Staff Association was established. In the following year, Rinaldi Building was built. It is a 6 storeys building with 22 classrooms and 7 special rooms. The Opening Ceremony was held on the 4 May 1991.
In September 1991, Yuet Wah Branch School changed its name to Chan Sui Ki Perpetual Help College (Branch School) and was managed by FMA (Figlie di Maria Ausiliatrice - Daughters of Mary Help of Christians). Starting from 1992 September, students in the English Section could choose either Science stream or Commerce-Art stream when they were promoted to Form 4. In 1994, Student Union was established.
Publicada por João Botas à(s) 10:33