Merchants of Canton and Macao

Eis algumas críticas...
“Paul A. Van Dyke’s Merchants of Canton and Macao is an invaluable addition to our knowledge of Sino-Western trade in the eighteenth century. The level of detail is outstanding, amassed from a rich source base in multiple languages. And from that data base Van Dyke brings the financial actors in this complex commercial story vividly to life.” 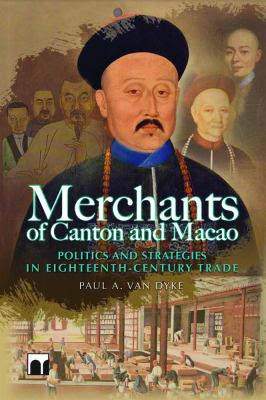 Jonathan Spence, author of The Search for Modern China
“Asia’s ‘dark’ eighteenth-century has never seemed more lively or dynamic. This book will be treasured by all those struggling to understand the hitherto opaque world of pre-modern Chinese business.”
Anthony Reid, author of Southeast Asia in the Age of Commerce
“Only the most dedicated researcher and extraordinary polyglot could aspire to what Van Dyke accomplishes in Merchants of Canton and Macao. Van Dyke’s painstaking research shows that a 200-year-old narrative of Chinese opposition to trade is at odds with the historical record, while also providing unprecedented detail on the actual conduct of the Canton trade and the careers of its leading Chinese merchants. Van Dyke reveals them as canny businessmen, effective lobbyists, family patriarchs, and men embedded in complex global social and economic networks.”
Michael Szonyi, Harvard University
“Paul Van Dyke’s knowledge of eighteenth-century Canton and Macau is so detailed that you feel you are on the ground with the men who made this region of southern China one of the most important modern global trading centres. Based on research throughout the world, Van Dyke presents both a narrative of the daily operations of the China trade and a remarkable archive of the contracts, records books, public notices, maps, receipts, letters and other documents that bring this trade to life.”
Madeleine Zelin, Columbia University
“A remarkable reconstruction of eighteenth-century Canton and Macao merchant practices based upon diverse and scattered archival materials—Van Dyke successfully undermines conventional notions of Chinese ‘monopoly’ control through showing the concrete activities of numerous merchants and government policies responsible for aiding the expansion of trade in this era. This work is an important corrective to European-centred accounts of China’s eighteenth-century foreign trade, to be read with profit by China, Asia, and world historians.”
R. Bin Wong, UCLA 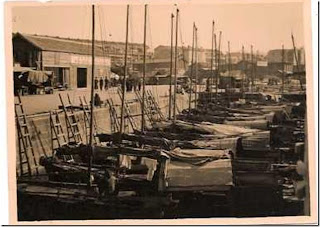 “Based on a multitude of archival sources in various languages other than English, it mainly looks at Chinese entrepreneurs, their business strategies, their biographies and networks—telling us, very convincingly, how these merchants came to act as major players in an increasingly complex world. The story abounds in new details, its views are carefully balanced, and it makes excellent reading. A must for scholars interested in the history of Euro-Chinese relations."
Roderich Ptak, Ludwig-Maximilians-Universitaet Munich
Publicada por João Botas à(s) 09:27