It's Countdown Time for Macao: 2ª parte 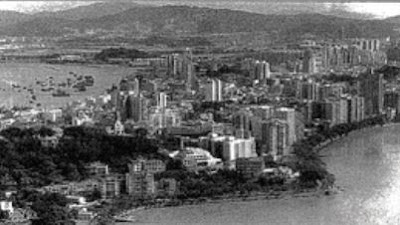 The prospect of Macao has altered radically. The central district is now palisaded with high-rise apartment and office buildings. A little lower than Hong Kong's spires, they are even more fancifully decorated. A Latin taste for lush adornment has drawn fanciful circles and scrolls over the lintels of the doors and windows of the new high-rises, which are obligatory for any state in East Asia seeking to demonstrate its go-ahead character.