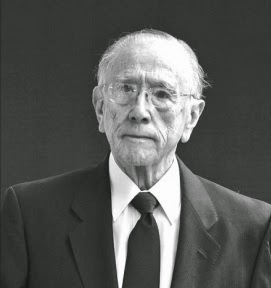 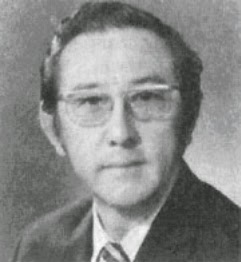 A former lawmaker whose 1984 attempt to lift the veil of secrecy over Sino-British negotiations on the future of Hong Kong sparked suspicion in Beijing has died at the age of 91. Roger Lobo, a Macau-born entrepreneur and one of the most respected members of the city's Portuguese community, died of cancer on Saturday. His public service - for which he received a knighthood - included years on the Executive Council, as an acting and later a full member from 1967 to 1985. He was also a lawmaker, becoming senior member of the Legislative Council from 1980 to 1985.
One of his best-known acts was moving the so-called Lobo motion, which demanded a full debate in Legco before Britain and China reached a final agreement on Hong Kong.
"The purpose of this motion is very simple. It means what it says - no more - and one might think that it could not be easily misunderstood or misrepresented," he told lawmakers after Beijing implied it was a bid to intervene in talks.
“The acceptability of any proposed settlement lies in whether people believe that its terms will be respected and will endure,” he said. “Faith cannot be created by orders. Trust cannot be induced by the exercise of power. And no settlement which fails to engender trust can possibly preserve our stability and prosperity.
“Finally, for those who questioned the wisdom of this debate, I believe that it has amply justified itself.” It was passed unanimously, six months before the Sino-British Joint Declaration. In 1989, he worked with business leaders and former civil servants to found the Vision 2047 Foundation, to build global understanding of Hong Kong.
Former governor David Wilson said he was saddened by Lobo's death. “He had a profound love of Hong Kong and a deep commitment to public service, demonstrated by his membership of the Executive Council, his service in the Legislative Council including the very important position of senior member, and many other significant roles serving the community of Hong Kong."
Former senior Legco member and senior unofficial member of the Executive Council Lydia Dunn hailed her "tireless and selfless" colleague. “I am deeply saddened by news of Sir Roger Lobo's death. We were colleagues in Legco where I saw at first hand the tireless and selfless way he worked for Hong Kong. He was a man of great modesty and humility who never sought credit for his leadership as senior member and he was always kind and helpful to his junior colleagues.  “I shall miss him and remember him with affection and respect, " she said. PCCW chairman Richard Li Tzar-kai called Lobo, who served on the firm's board, a "giant of his times" who "was never on the side of the authorities for the sake of it, but always a voice of reason".
Businessman Victor Fung Kwok-king, a long-time friend, said: “At a critical time for Hong Kong and its future, we were extremely fortunate to have had a man who cared so deeply for the wellbeing of the people of Hong Kong and who performed his public service with great wisdom, dignity and humility.
“Sir Roger remained passionately interested in Hong Kong’s future long after he had stepped down from his public roles,” Fung said.
Rachel Cartland, a retired senior civil servant who worked closely with Lobo in the 1980s when he was was Chairman of the Broadcasting Authority said: “Naturally, I already knew of him as a famous member of the community, who had received all its accolades.  His personality and behaviour during our acquaintance made a lifelong impression on me as I found him to be someone of the greatest integrity who worked tirelessly to get a fair result for the benefit of the community."
Lobo is survived by his wife, Margaret, five sons and five daughters, as well as 28 grandchildren and 17 great-grandchildren. Son-in-law Kenneth Morrison said Lobo was deeply committed to Hong Kong and its people, in particular its youth.
“This was a frequent topic of conversation for Sir Roger and one of the reasons he was so committed to the Vision 2047 Foundation,” said Morrison, who was the immediate past chairman of the foundation.
Gary Cheung artcile published on SCMP
Publicada por João Botas à(s) 18:29