Strangers on the Praia 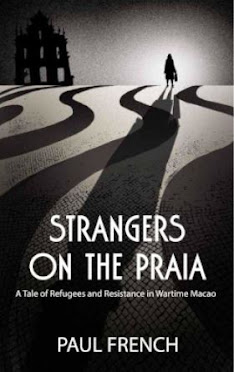 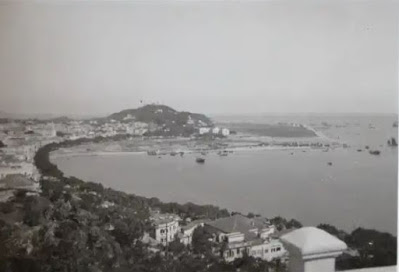 Based on true stories and new research, Paul French weaves together the stories of those Jewish refugees who moved on from wartime Shanghai to seek a possible route to freedom via the Portuguese colony of Macao – “the Casablanca of the Orient”. The delicately balanced neutral enclave became their wartime home, amid Nazi and Japanese spies, escaped Allied prisoners from Hong Kong, and displaced Chinese. Strangers on the Praia relates the story of one young woman’s struggle for freedom that would ultimately prove an act of brave resistance. 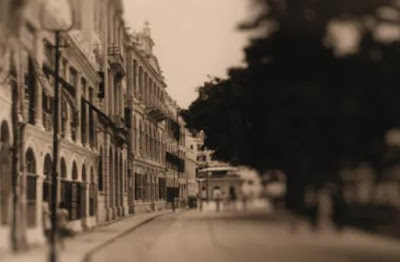 Excertos:
Macao sat there in the South China Sea, fanning itself in the heat, accentuating the exotic, a combination of sleepy backwater and nest of criminality. It was also, for a few crucial years, a refuge. (...)
America, Britain beckoned as potential places of freedom and a new beginning, but this was 1941. The only way there was via Lisbon; the way to Lisbon was via Macao. With no family left in Shanghai and nothing back in Berlin to return to, she took a chance on Macao. (...)
The Macanese rickshaw man had assumed she would want that address anyway. The girls who look like her, dress like her, arrive like her, all go there. It is a simple pensão in the old town, a converted house with a popular billiards shall on the ground floor, slow-turning fans, and a small yard at the rear where the young Jewish girls and boys staying at the Aurora Portuguesa gather to smoke and kibbitz when the crowded rooms become too hot and airless. (...)
The territory of Kwangchowan, with a port and small town called Fort Bayard. A forgotten backwater of France’s Far Eastern possessions. On the border of China and French Indo-China. A ferry ride of a day or so around Hainan Island. There’s a lot of trade between Fort Bayard and Macao. Smuggling, the black market. Everything from cigarettes to vegetables, but the Portuguese don’t much mind as it helps the situation here, which would be much worse without the mercado negro. The French turn a blind eye too. Others have used the route—neutrals, anti-Nazi Germans, Filipinos moving one. It has worked.
Publicada por João Botas à(s) 16:06