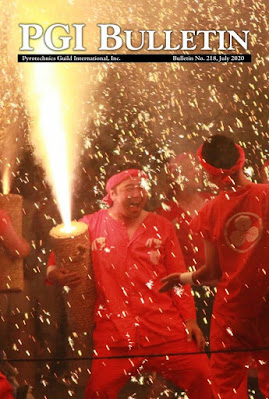 Eis o artigo:
Firecracker fans and collectors, this article is especially for you! Macau’s firecracker industry lasted for more than 100 years. It all started in 1881, in the Macau peninsula. Firecrackers took an important role on Macau’s economy, being for many decades the most important product. They were mostly for export to the USA, not only for the Fourth of July but also for the Chinese people who lived there. By 1910 there were already 7 factories, a number that grew steadily providing work for thousand of employees. In the mid 1920s because of a few explosions with some deaths and injuries, most of the factories were transferred from the Macau peninsula to Taipa island. In the early 1960s, the industry began to decline. Several countries banned the product and from 1971, after China and USA reactivated relations, the Beijing government increased its subsidies to the factories on the mainland. 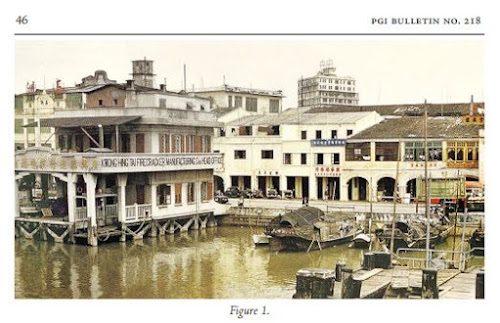 Macau, once the world’s biggest producer of firecrackers, stopped producing firecrackers in the mid 1980s. Now they are imported from various parts of China. Factories and labels The most important factories were Kwong Hing Tai, Iec Long and Po Sing. During my research I found at least 63 different ones. Kwong Hing Tai and Iec Long were so important that they had their own private pier at Macau’s inner harbour (Figure 1.) On Taipa island they gave jobs to the majority of the population. Firecrackers were made in several shapes and sizes, which is why we have so many different packaging types. 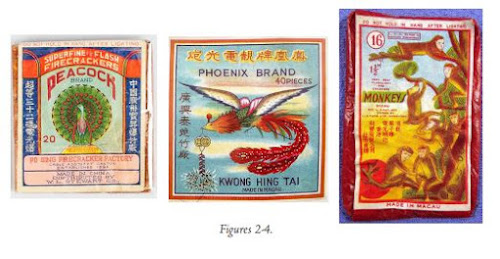 The artistic designs of the labels are precious. Most of them have “Made In Macau” printed on them, but even when they don’t, and instead we read “Made in China”, most of them were in fact produced in Macau. Among the most popular brands “Made in Macau” are: Camel, Duck, Peacock, Black Hawk, Anchor, Black Cat, Yan Kee Boy, etc. So far, I have found more than 300 brands, including some with spelling variations, such as Atta Boy and That-A-Boy. I’m not a collector but I a have a few labels  from the years when I lived in Macau, back in the 1980s. If you’re interested, on your next trip to Macau, you should visit the Macau Museum. There you will find an exhibition of the Macau firecracker industry, including several labels, pictures and machines that were used in production. 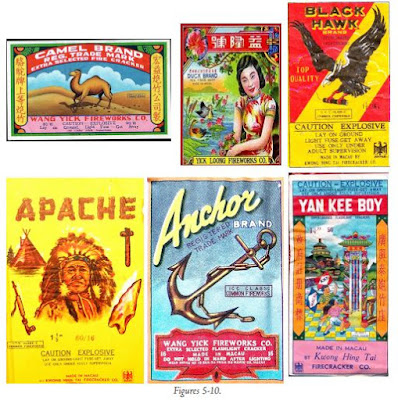 Curious facts:
- There are 3 ways to write “firecracker” in Chinese characters 煙 火 - 煙 (smoke ) 火 (fire): pronounced : yān huˇo - firework 爆 竹 - 爆 (explosion) 竹 (bamboo): pronounced: bào zhú – firecracker 鞭 炮 - 鞭 (whip) 炮 (gun): ): pronounced: bianpào - firecrackers/a string of small firecrackers
- Since 1966 the US government has forbidden the import of Cherry Bombs, supercharged flash crackers and M-80 crackers.
- Iec Long was the Macau firecracker factory that was in operation for the longest time, between 1923 and 1984; it was also known as Yick Long, Yick Loong, Yec Long and Yick Lung; In Chinese, 益 隆 (Yilong) means “beneficial prosperity”. - Brand label in detail: Children Brand by Yick Loong from 1940’s in English, with some text in Chinese: Chinese text alongside: “政府註冊兒童 商標, 益隆炮竹公司出品”. (Zhèngfˇu zhùcè értóng shāngbiāo, yìlóng pào zhú gōngsī chūpˇin)
This translates as:
“Government registered ‘Children’ trademark, produced by Yilong Firecracker Company” Above the title: “總發行澳門康公廟前 街十四號鄧壁堂監製”. (Zˇo ng faxíng àomén kāng gōng miào qián jiē shísì hào dèngbìtáng jiānzhì) This translates as: “General Manager, Producer Deng Bitang, No.14, Kang Kung Temple Front Street, Macau.” From the 1950s same brand had “Made in Macau” instead of “Made in China”
- One simple way to check if a brand label is young or old is to look for safety messages; if there aren’t any, it’s a vintage firecracker!
- By tradition, a firecracker is lit with an incense stick. 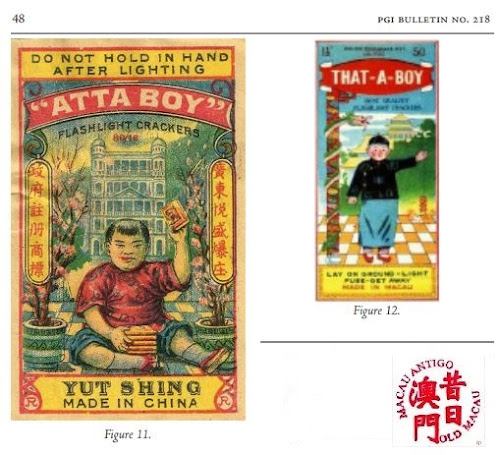 PS: I am working on a research about the history of Macau’s Firecracker Industry and I will appreciate all the help you may provide. I will also share with you the information that I found so far. Please contact me by e-mail: macauantigo@gmail.com
This is the main address of my big project on Macau’s history - macauantigo.blogspot.com Thank you! – João F. O. Botas
Publicada por João Botas à(s) 13:14