Most western style ship portraits and harbor views created by 19th century Chinese artists for export to foreign markets are unsigned. Identifying individual China Trade artists with specific paintings is made more difficult by the fact that many examples were produced by studios of artists with several different craftsmen working on the same painting. 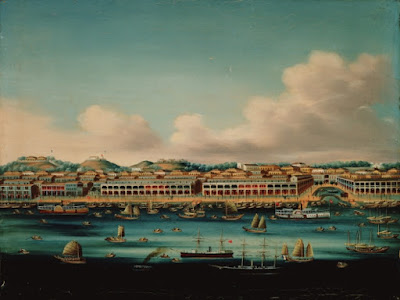 This view is a particularly unusual one of the inner barbour of Macao. The more typical view is one of the Praya Grande which is situated behind the hills seen in this picture. 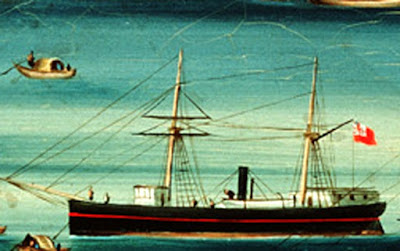 The European style buildings along the shore are fronted by Chinese junks, several large European sailing and steam driven ships from the United States, England and Portugal, according to the several flags. The version of the Portuguese flag shown was in use only between 1830 and 1910. 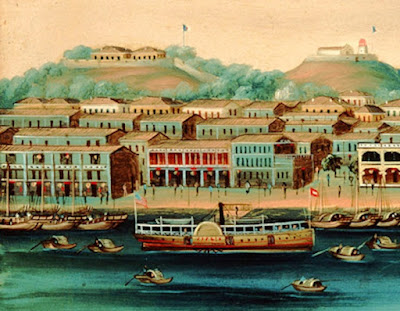 In the harbor, amid numerous local craft, are a British and American paddle steamer underway close to shore; also a British steam-sailer and a Portugese man of war. 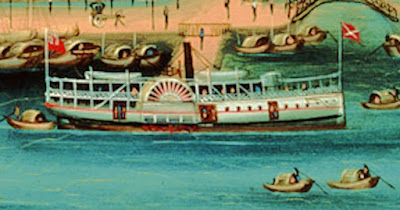