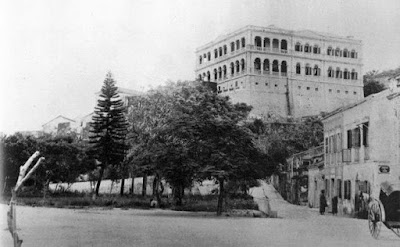 Para este post coloquei algumas perguntas ao autor que amavelmente respondeu assim:
Your relation with Macau:
- My father was Portuguese and even thought he was born in Shanghai, he lived much of his childhood in Macau. He was descended from Carlos Castro.
Inspiration for this novel:
- I read a translation of Pessanha’s Clepsidra and was intrigued by his symbolist style and lyricism.
Camilo Pessanha was the figure you had in mind?
- Yes I read about his life and how he lived with a concubine and had several children. This miscegenation was very typical in Macau at that time and again I was intrigued. Also he met Fernando Pessoa, another favourite poet of mine when he went back to Portugal.
The story takes place in Macau in the begining of 20th century; where did you find info about those days?
- I have a friend in Macau... Isabel de Moraes, who helped me in the research. We are working together again in the writing of a book on Macau with the painter John Young.
I dont know your other books; can we find Macau on them?
- Yes, my fictional autobiography Shanghai Dancing deals with some early 20th century aspects in Macau. 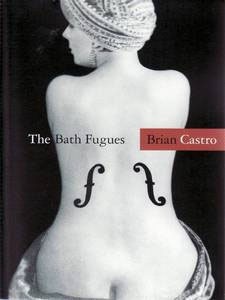 The Bath Fugues (ed. 2009) is Castro at his best, in a wonderful performance wrought from intrigue, romance, deception – and comedy. The book is composed of three interwoven novellas, the first centred on an ageing art forger; the second on a Portuguese poet (Camilo Conceição), opium addict and collector; the third told by a well-connected doctor, with a cabinet of venom, and an art gallery on the north Queensland coast.Around these characters circle others, in the contrapuntal manner of the fugue suggested by the book’s title. Some are related, some fugitive, some like the essayist Montaigne, the poet Baudelaire or the philosopher Benjamin, enter the story from the past.Motifs recur – baths, bicycles, clocks, addiction, the counterfeit – deepening the lines of association and inheritance which bind their lives, and giving weight to the friendships thrust upon them.
Brian Castro was born in Hong Kong in 1950 of Portuguese, Chinese and English parentage. In 2003 Giramondo published his Shanghai Dancing, which won the Vance Palmer Prize for Fiction, the Christina Stead Prize for Fiction and the NSW Premier’s Book of the Year Award, and his most recent novel, The Garden Book (2005) was shortlisted for the Miles Franklin Award and won the Queensland Premier’s Award for Fiction. Brian Castro is Chair of Creative Writing at the University of Adelaide.
Publicada por João Botas à(s) 14:20