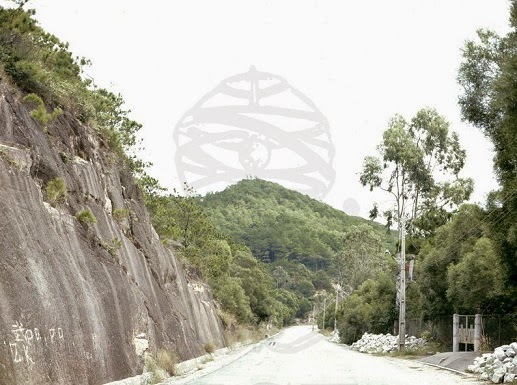 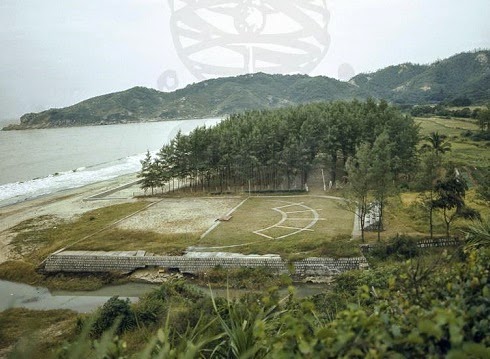 The boats may have left Coloane decades ago, but the island dotted with narrow lanes still offers a taste of authentic Portuguese village life
Choi Shoi-ying has been living in Coloane, one of Macau's two main islands, for 60 years.
Originally from Zhongshan , Guangdong province, the 90-year-old salted fish trader remembers how the village was once a thriving fishing port, with boats packed along its coast. "Salted fish on the island were in abundance and just piled up," said Choi, who together with her husband raised five children. "We needed to wake up at 6am to wash the fish … Then we took them outside and covered them with plastic," she said. "They had to be placed under the sun for two to three days. When it rained, there would be worms."
Those days are long gone. As Macau celebrated its 13th anniversary of the handover yesterday, long-time Coloane residents like Choi looked back to a time when the former Portuguese colony was home to many hardworking fishermen. 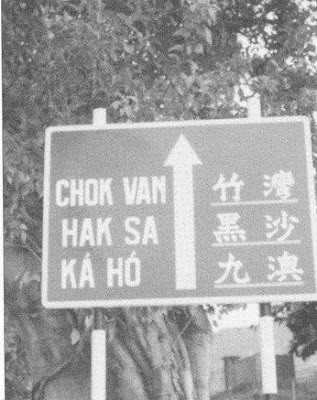 Another Guangzhou immigrant, Sio Yio, who has lived in Coloane since the 1970s, used to run a small Chinese restaurant on the island. The 75-year-old said: "The fishermen used to knock on my door at three or four in the morning to look for food because some of them would return from the sea in the middle of the night. We did not have to worry about our business at all." But starting in the 1980s, fishing in the area declined, Choi said. "The fishing boats went to Hong Kong instead, and some fishermen went to work in the factories," she said. Choi then decided to open a mahjong parlour. "Many policemen came to play mahjong at my place, but they are not allowed to gamble any more today."
The parlour was forced to close about 15 years ago.
Today, fishing boats are a rare sight and young people leave Coloane to look for opportunities elsewhere, largely in central Macau, some in Hong Kong and the rest on the mainland. Macau central has in recent years reinvented itself as a mega entertainment centre - the Las Vegas of the East. A quarter of the population works in the gaming and hotel industry.
But Coloane has so far maintained much of its earlier character.
With its cobblestone roads, salted fish stores, South European-style buildings and stilt houses on the water, locals still consider Coloane an ideal place to experience authentic Portuguese village life. Local delicacies such as Portuguese egg tarts as well as salted fish are also popular with visitors.

With an area of 7.6 sq km and a population of just 4,300, Coloane is located at the south-most part of Macau. Together with Taipa, it is one of the two main islands of the city.
The Portuguese name "Coloane" is derived from the Cantonese pronunciation of Gwo Lou Waan, literally means "Passing-road Ring". The name is believed to be borrowed from a place on Hengqin Island in Guangdong, located to the west of Coloane.
Historians believe the island was inhabited as early as 4,000 years ago. Until the Portuguese arrived in 1864, Coloane was mainly a sea salt farm.
The island came fully under Portuguese occupation after the country's soldiers helped villagers combat pirates in 1910. A monument commemorating a victory over pirates still stands today.
Coloane's history as a fishing village is evident in the area's Portuguese street names, such as Travessa do Balichao (meaning salted shrimp lane). Another main road is Avenida de Cinco de Outubro, or Avenue of October the fifth - the establishment date of the Republic of Portugal. Olavo Rasquinho, head of the Typhoon Committee Secretariat, a UN-linked international organisation headquartered in Coloane, has noticed a surge in tourists to the island over the past five years. "It is not easy to park cars now," said the 69-year-old immigrant from Portugal. "It's quiet and peaceful, and you can still see people getting oysters from the ocean. It's still a village itself. And the narrow streets and characteristics of some buildings remind me of some Portuguese villages." 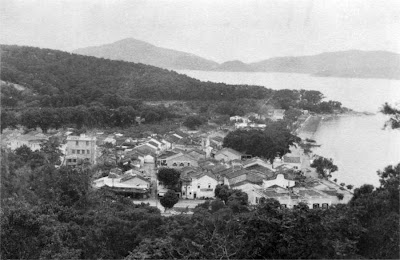 Such is the charm of this historical neighbourhood. Sio said the island remained safe even when Macau was rife with gangland violence in the 1990s. "Coloane was and has always been a peaceful place. People could sleep on a cot in the street and it was safe," he said.
Macau lawmaker Au Kam-san said the island had been spared the rapid redevelopment that is spreading across Macau.
"Some of the land was developed by farmers during the Ming and Qing dynasties and [their descendants] have sandpaper leases in their hands … but the Macau government does not recognise these leases," Au said. He said villagers could not change the land use rights and the government dared not confront them all at once, so the island had been spared large-scale developments. "There is not yet a development plan for the whole of Coloane, which is one of the places that has changed the least in Macau," Au said.
Article by Jolie Ho published on South China Morning Post 21 December 2012
Publicada por João Botas à(s) 01:19