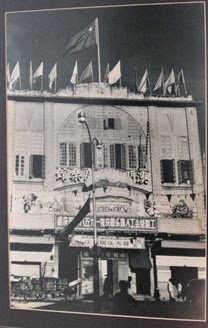 Teatro Nan King
The Teatro Nan King was a large neighbourhood cinema, located on Rua de Cinco de Outubro at Rua do Visconde Paço de Arcos. It was opened in the 1930's on the first floor of the building, with a meat, fish and vegetable market on the ground floor. The Teatro Nan King closed in the early-1950's. 966 seats. It stood empty for a few years, and was converted into a workers leisure hall. Second-run films were screened. Demolished in the 1990's, in March 2010, the site is still an empty plot of land, with the outline of the building still marking adjacent buildings.
Text by Ken Roe
Teatro Oriental
Located in a side street in the historic centre of Macau. The Teatro Oriental opened in the 1950's, and screened mainly first-run Cantonese films. 1020 seats. The street where the cinema was located was re-named after the cinema, but old street signs are still on the street today. The Teatro Oriental was closed on 28th February 1973, and in the late-1970's it was demolished and the Oriental Centre office block was built on the site.
Text by Ken Roe
Teatro/Cinema SankioThe Teatro Yue Lok was a small neighbourhood cinema in the building of Sankio Market in Macau in the 1930's and 1940's. The cinema later renamed as the Teatro Sankio. Sankio[Nova Ponte]is the name of a district in Macau. Sankio is the Cantonese pronunciation of its Chinese name, literally meaning new bridge. The exact opening and closing date of the cinema is unavailable. According to "Study Project A Review of Cinemas in Macau" published by Museu de Macau in April 2000, the cinema showed Cantonese and Mandarin films as its main programmes, and its ticket office was at the Teatro Apollo. As advertised by the flyer of the cinema, the cinema had equipped with talkie apparatus, and besides talkies, silent films were also shown. Interpreters were hired by the management of the cinema for interpretation. The cinema was reportedly destroyed by a fire in 1942, and a church and school was built on the site of the cinema and market.
Contributed by Raymond Lo
Cinema/Teatro Taipa
Located on the Taipa Island district of Macau. The Teatro Taipa was opened in 1965, the first film being "Happiness in the Hall". The Teatro Taipa was closed in 1975, and was later stripped of its fittings and seating and began use as a storage facilitiy for construction materials.
Contributed by Ken Roe

Cinema/Teatro Vitória
Located in the historic centre of Macau. The Teatro Victoria (806 seats) first opened on 8th January 1910, and screened its first film the following day. The building was made of wood, and was located on the Calcada Oriental. It had an unusual placement of the screen, which was hung in the centre of the auditorium, with seating on both sides, and a narrator describing the film from the side of the screen. The cheaper seats behind the screen saw the image in reverse. A new Teatro Victoria was built in 1921 on the corner of the main road Avenida Ameida Ribeiro, with an entrance on the narrow Rua dos Mercadores. It became the first cinema in Macau to be equipped for 'talkies' from 28th March 1928. Closed in July 1934, due to out-dated equipment and bad hygienic conditions, it was renovated and re-opened in 1935. The building now boasted a modern cinema, a casino, nightclub and a restaurant. The cinema was again renovated in 1938. The Teatro Victoria was closed on 25th November 1971, and was later demolished. A Tai Fung Bank building now stands on the site.
Contributed by Ken Roe 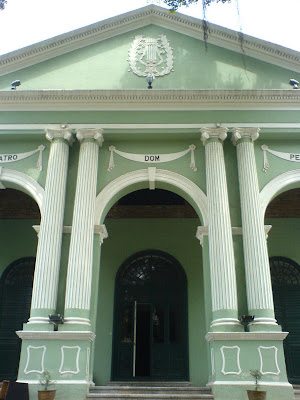 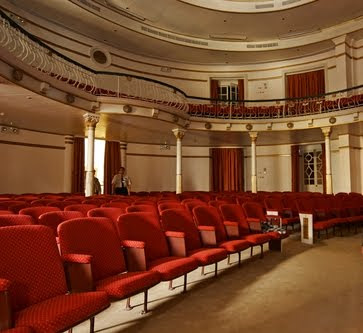 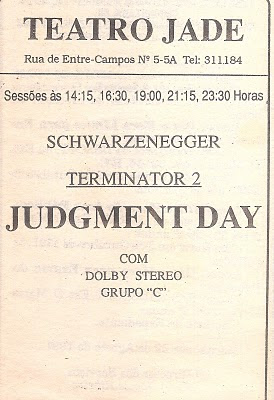