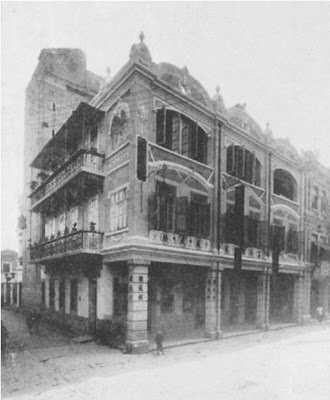 " Tak Seng On" [The Virtue and Success Pawnshop] was established in 1917, and belonged, initially, to Mr. Kou Ho Ning a wealthy Macao merchant. The architectural design and layout, interior decor and equipment of this establishment would have been very similar to pawnshops in Mainland China at the time.
Today, this kind of pawnshop has been relegated to the annals of history, but as part of its mission to preserve the cultural heritage of Macao, the Cultural Institute (CI) of the Macao SAR government reached agreement with the owner of the building: the CI will assume responsibility for the restoration and maintenance of the building; while, the Prestamista Tower and the ground floor shop will be converted into a museum - The Traditional Pawnbrokers Shop. Through an exhibition of objects and photographs, a view of the traditional pawn industry of Macao is recreated. In this way, another point of interest for tourists is created, as well as providing for the improvement in trade in the old part of the city. 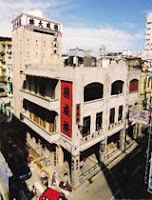 Pawnshops have been a traditional form of business all over the world and date back at least 1,500 years in China. During the peak years of the pawn business in Macao, pawnshops were classified according to the kind of pledge they offered: Tong, On or Ngat.
Shops offering Tong involved the maximum level of capital investment in terms of scale and resources. Items could be pawned for up to three years and the interest rate was the lowest.
In shops offering On pledges, loans could be arranged for one or two years at a slightly higher rate of interest.
The third category, Ngat, had the smallest level of operating funds. These shops offered loans for periods ranging from four months to one year, at the highest interest rate.
Although Ngat establishments applied higher interest rates, they offered a quick solution for gamblers and cash-strapped clients who would usually pawn watches, jewellery or fountain pens, as is the case in contemporary pawnshops.
The pawn business in Macao can be traced back to the Qing dynasty (1644-1911) by the end of which there were already many pawnshops in operation. In a move to regulate business, on 26th December 1903 the local administration gazetted a Rule Governing Pawnshops in the City of Macao, which divided operations into the three traditional categories of Tong, On (of which Tak Seng On is an example) and Ngat and stipulated rules to protect the interests of both shop owners and clients. The business developed in the early years of the Republic but it was during the Sino-Japanese War (1938-1945) that it really flourished.
Part of the business also came from the massive influx of refugees from conflicts on the mainland, combined with residents of Hong Kong fleeing the Japanese invasion of the British colony. In just a few years, Macao's population grew from 150,000 to 500,000 resulting in severe shortages across the board. As prices for all basic commodities soared, the poor and the refugees were left with no option other than to pawn their belongings to make ends meet.
In the 1970s and 80s, Macao's economy enjoyed a boom and social conditions improved. The emergence of a strong banking sector and modern pawnshops affected the role of the traditional pawnshops. Over recent years, many of them, including "Tak Seng On", have closed their doors.
in Macao Tourist Guide 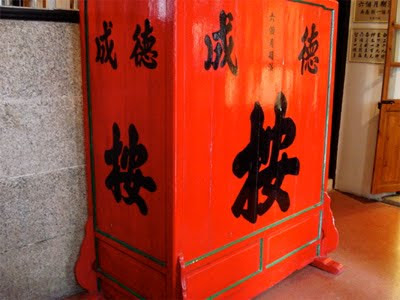 Nowadays, located just near the Senado Square, the Traditional Pawnshop Exhibition exhibits and explains how pawnshops were run and operated in the early times.
Publicada por João Botas à(s) 08:17